It is based on minimal use of off-farm inputs and on management practices that restore, maintain and enhance ecological harmony.

Essentially, crops are commonly grown without the use of synthetic pesticides, artificial fertilizers, irradiation, heavy metals, solvents, and biotechnology.

GMOs or Genetically modified organisms are contaminating our food supply at an alarming rate, with repercussions beyond  our understanding.

GMO foods do not need to be labeled in America.

Because organically grown food cannot be genetically modified in any way, choosing organic is the only way to be sure that foods that have been genetically engineered stay out of your diet.

A Vegan (pronounced vee-gun) is the strictest form of vegetarianism; someone who does not consume animal or dairy products of any kind including all animal by-products, such as honey.

A popular adage to properly explain Veganism is that “you don’t eat anything with a face or anything that had a Mother.” Adopting a Vegan diet usually goes far beyond what type of food a person consumes and is more of a way of life as most Vegans aspire to eschew animal products of any kind...

The Benefits of Organic Food 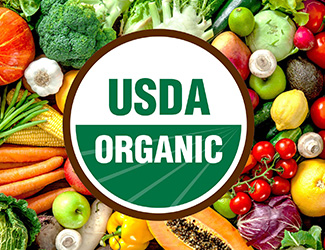 How your food is grown or raised can have a major impact on your mental and emotional health as well as the environment. Organic foods often have more beneficial nutrients, such as antioxidants, than their conventionally grown counterparts and people with allergies to foods, chemicals, or preservatives often find their symptoms lessen or go away when they eat only organic foods.

Organic produce contains fewer pesticides. Chemicals such as fungicides, herbicides, and insecticides are widely used in conventional agriculture and residues remain on (and in) the food we eat.

Organic food is often fresher because it doesn’t contain preservatives that make it last longer. Organic produce is often  grown on smaller farms near where it is sold.

Organic farming is better for the environment. Organic farming practices reduce pollution, conserve water, reduce soil erosion, increase soil fertility, and use less energy. Farming without pesticides is also better for nearby birds and animals as well as people who live close to farms.

Organic food is GMO-Free. Genetically Modified Organisms (GMOs) or genetically engineered (GE) foods are plants whose DNA has been altered in ways that cannot occur in nature or in traditional crossbreeding, most commonly in order to be resistant to pesticides or produce an insecticide. 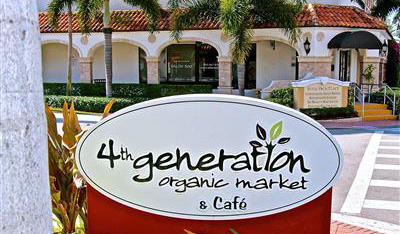